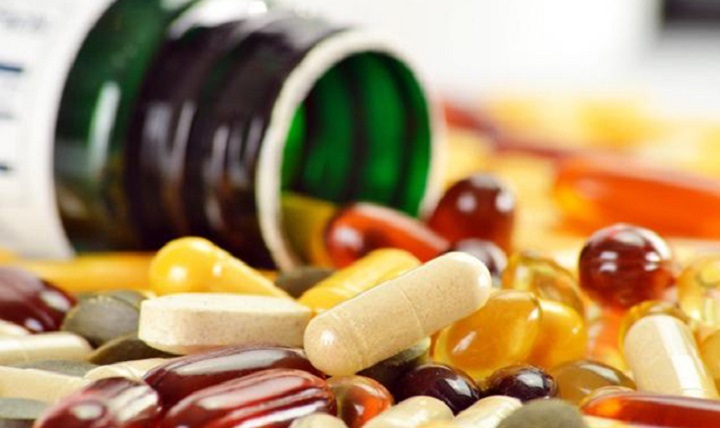 Iron is a mineral that’s vital to your health. All of your cells contain some iron, but most of the iron in your body is in your red blood cells. Red blood cells transport oxygen from your lungs to the organs and tissues throughout your body.
Iron has a role in creating energy from nutrients. It also contributes to the transmission of nerve impulses — the signals that coordinate the actions of different parts of your body. If you have more iron than is needed, it’s stored in your body for future use.

An antiflatulent is a substance which reduces gas production in the gastrointestinal tract or facilitates expression of gas so that it cannot build up and cause discomfort. Some prescriptions have antiflatulent effects and there are a number of over the counter preparations which can be used to address flatulence. People with chronic gas problems may want to discuss alleviation of gas with a doctor to see if there is an underlying medical issue behind the gas production.
Some anti-gas agents work by breaking food down before it enters the intestines to reduce the number of bacteria which cause gas in the intestine. Sometimes people do not digest food efficiently, and this attracts anaerobic bacteria, which produce gas as a byproduct of their digestive processes. Other people have naturally higher numbers of these bacteria which lead to an increase in gas production.
Other antiflatulents work by breaking the gas up into smaller bubbles so that it can be passed more easily. People who experience bloating because of gas may find these medications helpful. These drugs will not reduce the amount of intestinal gas produced and passed, but they can make patients more comfortable.

What conditions are proton pump inhibitors (PPIs) used to treat?

Asthma is a chronic disease that inflames the airways (i.e. the small tubes, called bronchi) which carry air in and out of the lungs. In asthmatic patient, the bronchi will be inflamed and more sensitive than normal and produce extra mucus. This can make breathing difficult due to reversible airflow obstruction, or bronchospasm, and trigger coughing, wheezing and shortness of breath.

The cause of asthma is not fully understood, but it’s probably due to a combination of the following factors:

Genetic (inherited): usually occurs in children. The chances of developing asthma are increased if the patients’ family members or relatives have asthma and other allergic conditions such as atopic dermatitis and hay fever.

Antibiotics are powerful medicines that fight bacterial infections. Used properly, antibiotics can save lives. They either kill bacteria or keep them from reproducing. Your body's natural defenses can usually take it from there. Antibiotics do not fight infections caused by viruses, such as

If a virus is making you sick, taking antibiotics may do more harm than good. Using antibiotics when you don't need them, or not using them properly, can add to antibiotic resistance. This happens when bacteria change and become able to resist the effects of an antibiotic. When you take antibiotics, follow the directions carefully. It is important to finish your medicine even if you feel better. If you stop treatment too soon, some bacteria may survive and re-infect you. Do not save antibiotics for later or use someone else's prescription. View our products in this category

Vitamins are nutrients your body needs to function and fight off disease. Your body cannot produce vitamins itself, so you must get them through food you eat or in some cases supplements. There are 13 vitamins that are essential to your body working well. Knowledge of the different types and understanding the purpose of these vitamins are important for good health. The word has different meanings. Steroids are chemicals, often hormones, that your body makes naturally. They help your organs, tissues, and cells do their jobs. You need a healthy balance of them to grow and even to make babies. "Steroids" can also refer to man-made medicines. The two main types are corticosteroids and anabolic-androgenic steroids (or anabolics for short).